Not all walls are resistant to moisture and mold growth. These conditions in a fishery can make the atmosphere challenging. Our premium quality vinyl panels are manufactured to withstand such harsh conditions.

Fishery rooms deal with high moisture and water storage so the walls need a material that can protect it from damage. Duramax panels are perfect for fisheries because each panel interlocks to create a seamless surface that prevents water penetration. Another advantage is that Duramax panels do not rely on wooden backers to install which means there is no wood vulnerable for mold growth.

Choosing PVC panels for your fisheries

Get the USA-made vinyl panels from Duramax online portal. The panels are cost-effective with 40% lesser material and 50% lower labor costs. The factory-direct prices of the vinyl panels make them more affordable than others. In addition, the panels shipped within 2 weeks are customized, durable and mold resistant. PVC panels are a one-time investment compared to FRP panels because they don’t rot, mold, absorb moisture or delaminate like the FRP wallboard.

Description: James Wilson had been operating in the commercial fishing industry for twenty-two years, the inheritor of his family fishing business that he’d one day pass on to his son. The business had been a successful supplier for local fish markets and independent grocery stores, with some contracts for local grocery chains. After years of operating in the same way his father did, James decided to upgrade the structure of the buildings in his family’s fishery. Leaks, mold issues, and water damage had become a source of concern for two of his fishing vessels. A consultant had advised James about the durability and water resistance of PVC panels. James was sold, and after a bit of research, contacted us to get an estimate.

We advised James that he needed panels that were certified by the American Society for Testing and Materials (ASTM) and compliant with the U.S. Food and Drug Administration (FDA). That way he would meet the standards put forth by the government regarding which materials and methods are acceptable. Fortunately, Duramax PVC wall panels meet the standards of both.

He used Duramax PVC panels to line the cargo holds and tanks in the fishing boats, as well as the short-term storage tanks. The upgraded surfaces (which were fiberglass before) come with the benefits of vinyl’s inherent waterproofing. Further, the smooth surface of the Duramax PVC panels made cleaning them much easier, so James’s entire operation received a boost in efficiency.

By James’s account, he was pleased with how easily the panels were installed, which only required a single worker and took much less time and money than the estimates for fiberglass(FRP) panels. He also cited how much easier it is to keep water contained, and how relieved he is at the lifetime warranty that came with his Duramax PVC panels. 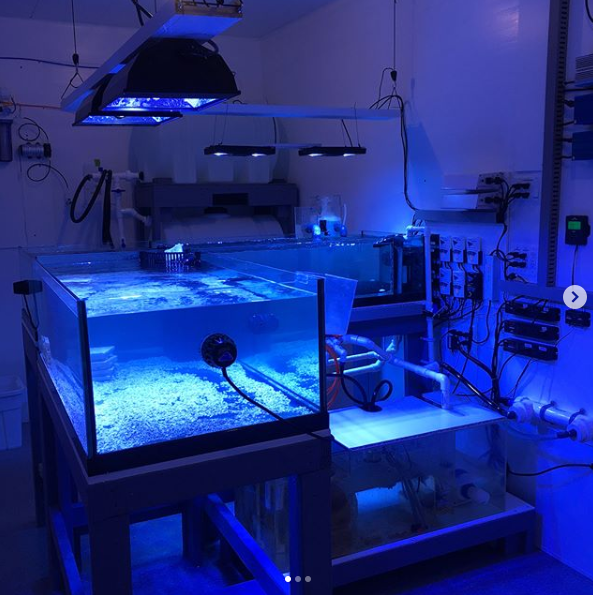 Descriptions: Our client Joan was one that made the decision to use PVC as part of her initial foundation instead of upgrading later. We were happy to help her get up and running.

Joan had just started laying the groundwork for her aquarium supply business when she arrived at the conclusion to handle temporary storage. Unlike commercial fisheries where large volumes of fish come and go, Joan’s aquatic storage facility needed more care to make sure leaks weren’t reaching the foundations, and that the fish could be safe from bacteria before transport to pet shops.

According to Joan, she found out about Duramax PVC wall panels through a simple Google search, and we were pleased she had the foresight to contact us after visiting our page about fisheries. We recommended she line all the potential problem areas with PVC, but she had concerns about pushing back her Grand Opening for an extended period while we installed them. Fortunately, PVC is an easy install, which only requires a single person to complete successfully.

Joan also had concerns about the seal of the PVC panels, to prevent leaks and water damage, but also to keep pollutants from penetrating the tanks. We assured Joan that the seal of PVC panels is better than any other materials, and that vinyl is inherently water-resistant. Considering that vinyl absorbs no water, there is no chance of mold, warping, or rust. It was probably the durability of PVC that convinced her to order Duramax PVC panels, which come with a bonafide lifetime warranty.

Joan was pleased with the efficiency of the installation process, commenting that she was surprised by how quickly it went. She was also pleased with the seal of the panels, saying that she "doesn't worry about them anymore," which is always what we want to hear from customers 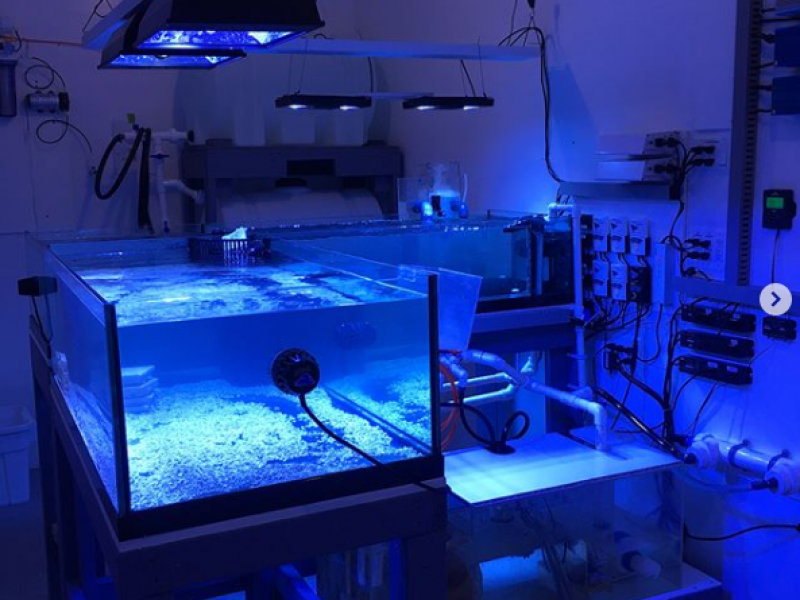 It is almost a given that commercial fisheries are not the easiest to keep up to code and hygiene standards.  That is unless the choice...

I like the feel of it and the look of it. It makes my carwash look modern and clean.

My first time installing went well. It took about 20 minutes to get it going but after that it went by smoothly.