Not all wall materials are waterproof. These conditions inside a dairy, hog, or poultry farm make the atmosphere highly challenging. Our dairy vinyl panels are made to ensure such conditions.

Duramax PVC panels have the smooth and easily clean surface that dairy farms, food storage rooms, and milking parlors need. With a hygienic rating that meets CFIA and FDA requirements for walls and ceilings, PVC wall panels provide a sanitary and disease-free environment for animals. Easily versatile, the PVC wall panel system can be used to construct new rooms, or retrofit old structures. The best part is how easy and simple it is to install and as a result, also very low maintenance.

Choose plastic panels for your dairy, hog, and poultry farms

The dairy farming supply chain in the US is the second-largest in the world behind India’s, so anyone looking to make a buck in this industry should be prepared to face steep competition. As a long-time dairy farmer who has run his family’s farm for the past 32 years, Wardell knows that the industry has its ups and downs, so no farm can afford to blow its budgets on upkeep. With an old farm, there were bound to be plenty of creaks and cracks in the foundation from years of moving high volumes of liquid. That’s to say nothing of the health requirements specific to the dairy industry, which have government oversight and regulations on top of the liability implications of shipping products that are consumed by so many people. After one inspection rated his farm as ‘passable’ rather than the exemplary marks he had received for cleanliness over the years, Wardell decided it was time for an overhaul. The first order of business was to protect his facilities against the type of leaks that had led to a few warning marks, due to mold risk. He wanted surfaces that would not only avoid the type of fluid absorption from milk that could lead to mold and rot but also protect his livestock from the elements. For this, he contacted us here at Duramax to see if we could help.

Fortunately, our PVC wall panels were able to satisfy all requirements and then some. He had been using fiberglass panels (FRP) with oriented string board backing since the late 1990s. These had held up well for a time, but a few winters introduced new cracks every year when the ice thawed. We explained that fiberglass isn’t as resistant to moisture absorption as vinyl, so residual water from rain and milk over decades had caused the damage. Wardell’s secondary concern was that the process of installation would take months, and halt production of his dairy farm during its most profitable season. We showed him the average length of an install for facilities of similar size and explained how quickly PVC wall panels could be installed. With his new wall panels installed--and with the peace of mind that comes with walls that are resistant to bacteria, Wardell’s next inspection went off with no concerns. 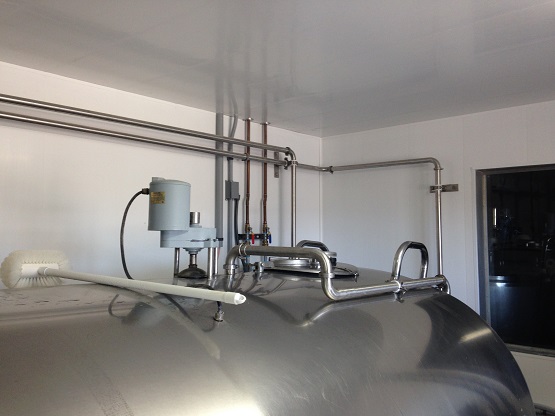 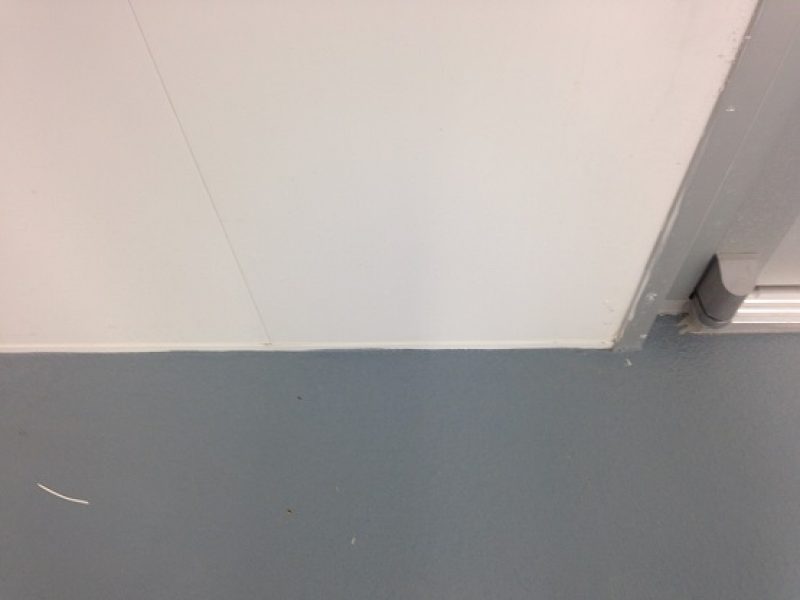 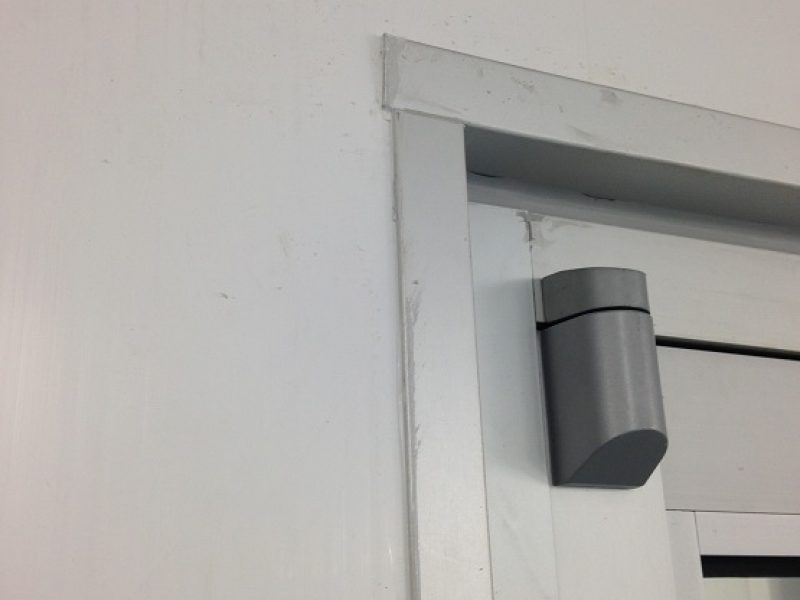 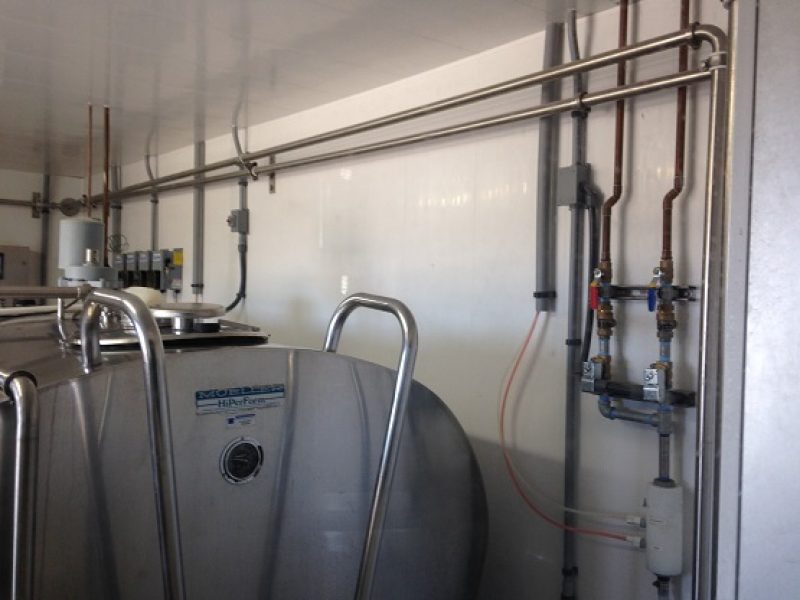 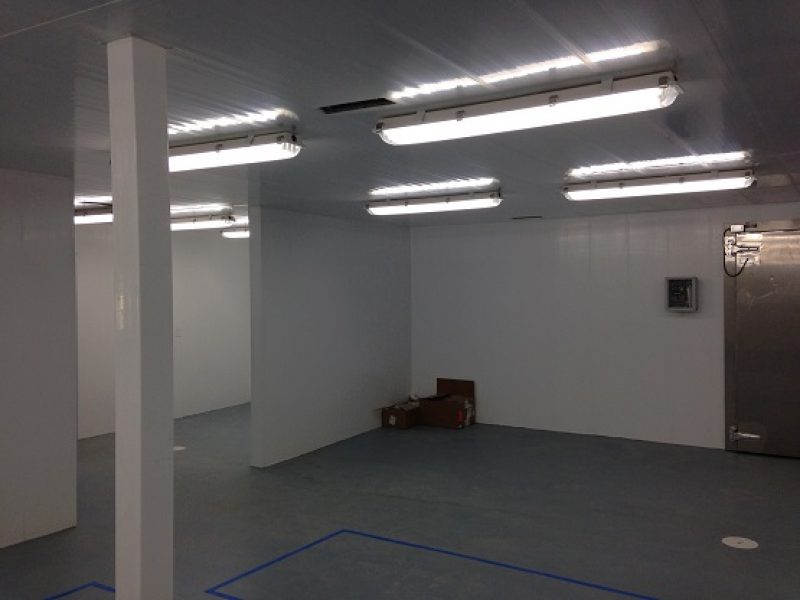 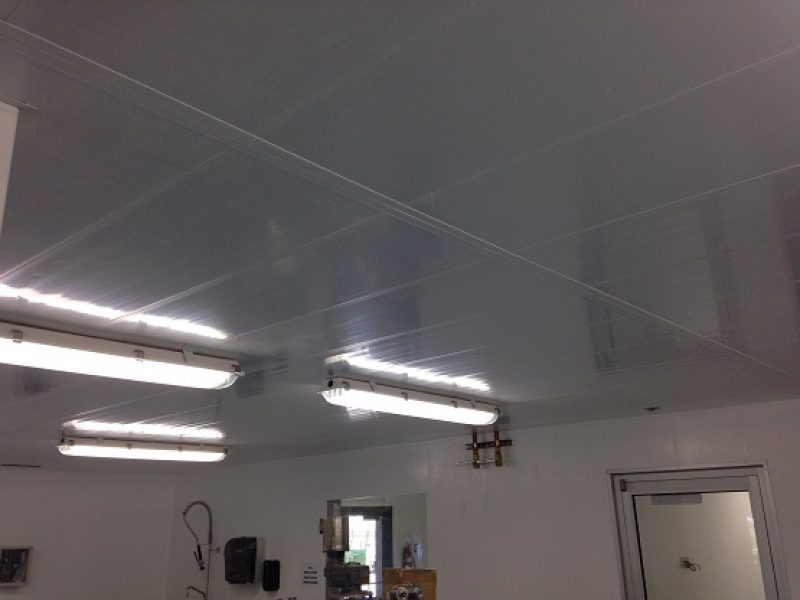 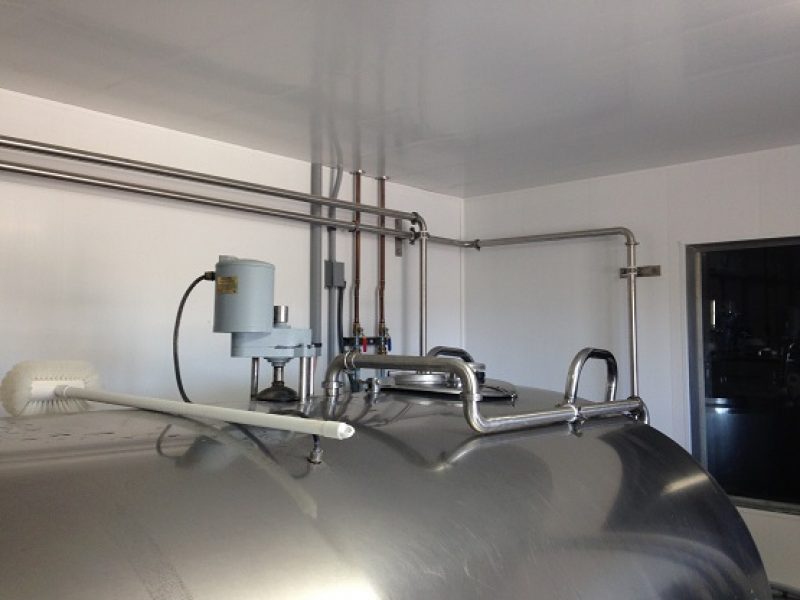 Starting a dairy farm today is a challenging venture today, which can yield life-sustaining profits passed down through the generations for those willing to check off the list. When Gina decided to sell her New York City coffee shop for six figures and move to America’s breadbasket and produce milk and cheese, she knew it would be tough. Beyond all the implications involved with managing many heads of cattle, there was also the task of housing them that posed an uphill task.

She contacted us during the groundwork of her first facility, looking for a cost-effective material to use for all her buildings that could stand the test of time, but would also be easy to clean since she’d have to manage the milk and the water the cows drink. She had received samples of different materials--some thin metals, synthetic wood, and fiberglass--and wanted to see if vinyl was a viable alternative. We were happy to send over a few pieces of PVC wall panels for her to test. According to Gina, the preliminary tests removed all the other materials from contention. During our brief conversation between the sample submission and Gina’s first order, she made it clear why. While very durable, she knew the metal panels were susceptible to rust, and would eventually become more costly due to upkeep; the synthetic wood, being made of composites of real wood and other materials, offered no protection against fluid absorption; the fiberglass (FRP) was the toughest to decide, she claimed, but PVC won out because unlike fiberglass, it is truly waterproof and stops bacteria from forming.

The latter point was important because she didn’t want to endanger the living animals that would be housed year-round near the wall panels, and because contaminants in a business that produces edible products are a sure way to cause much bigger problems. While Gina’s farm is still in the early stages of its existence--and thus, it’s too early to say if it will become a huge success--she was pleased that this part of the operation was something she didn’t need to worry over. 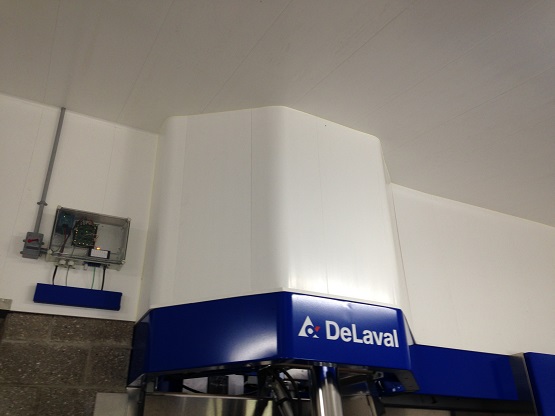 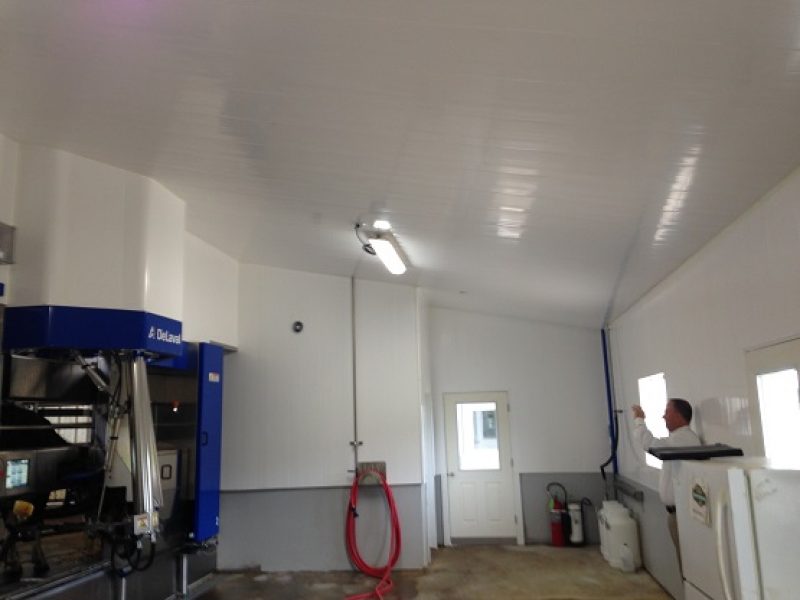 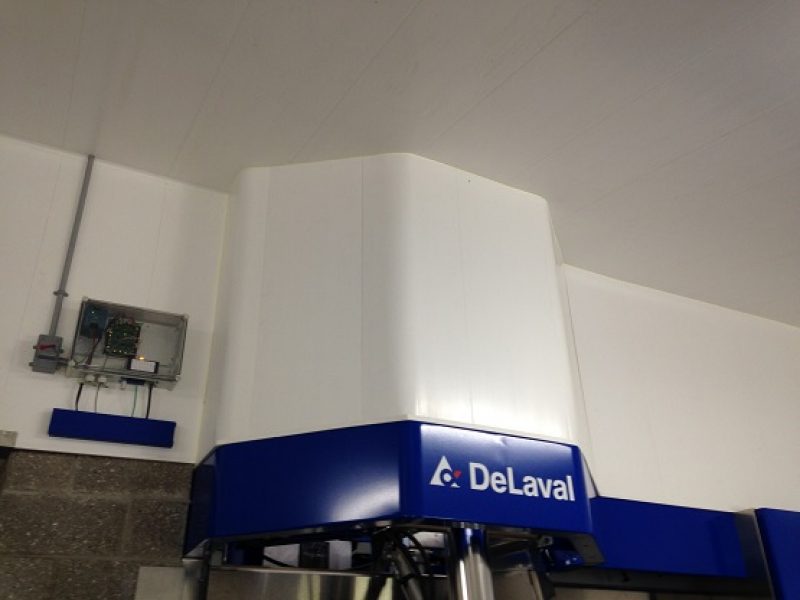 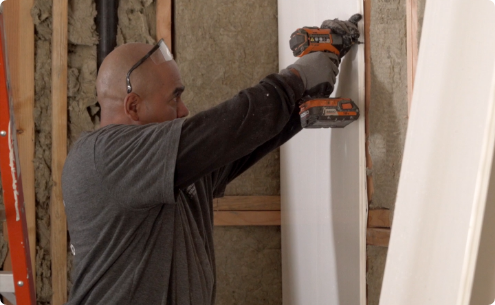 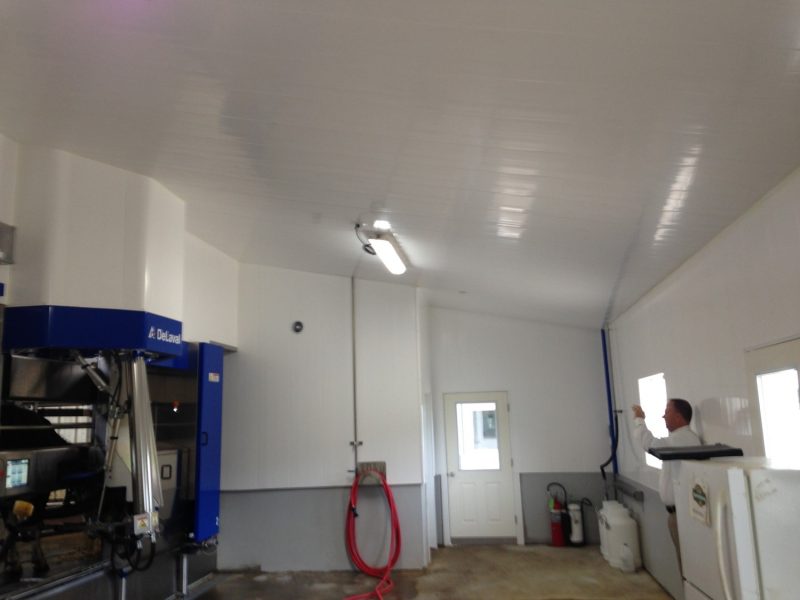 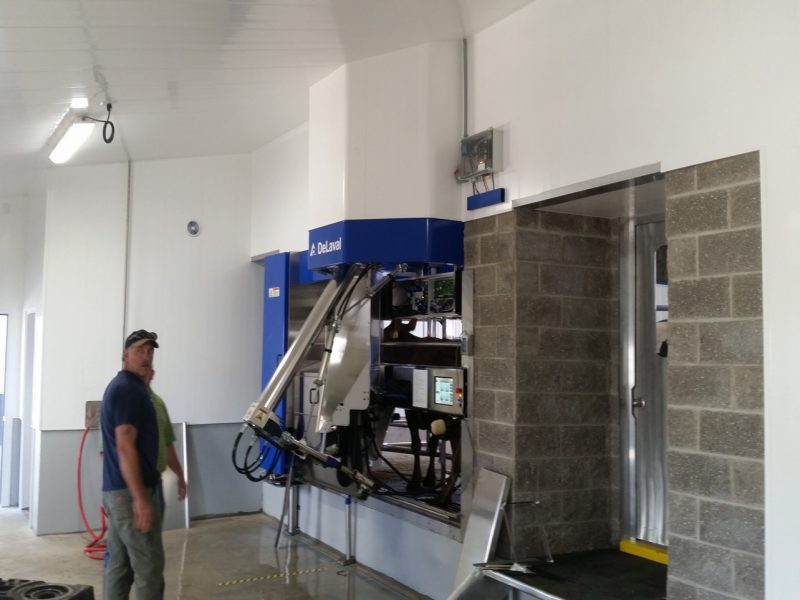 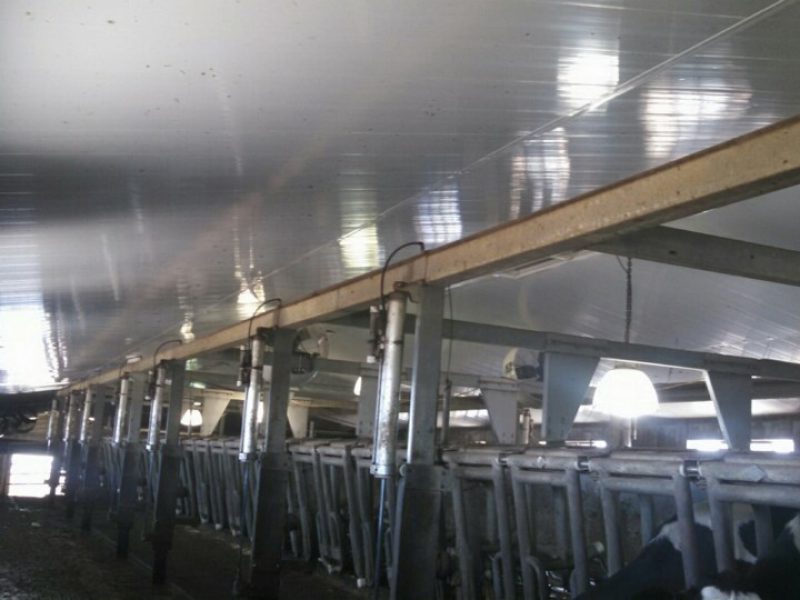 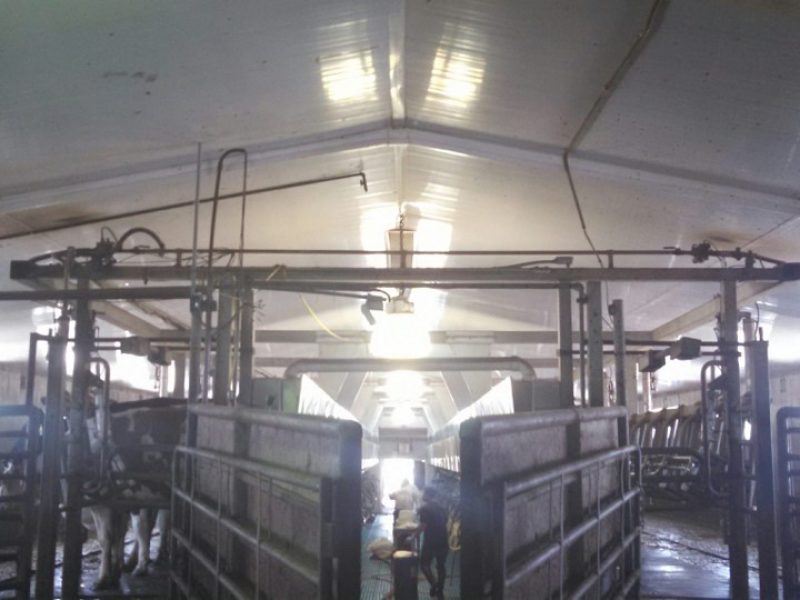 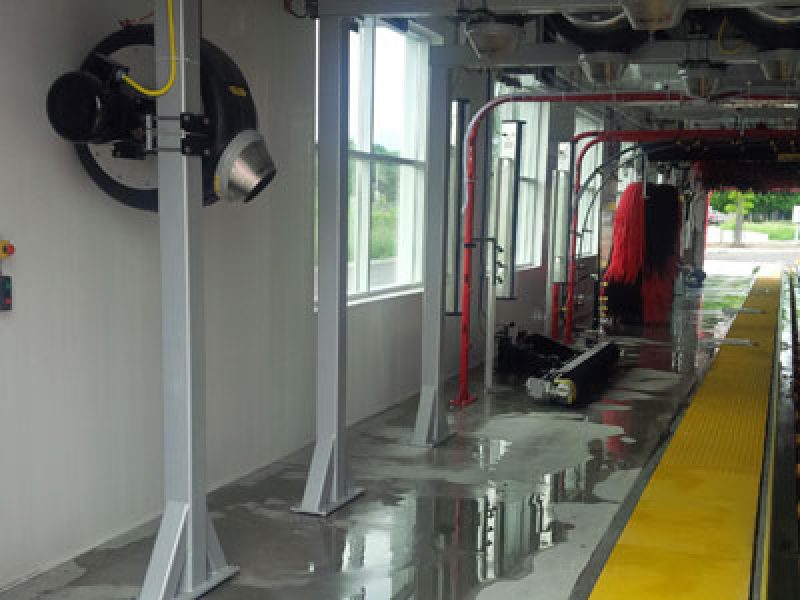 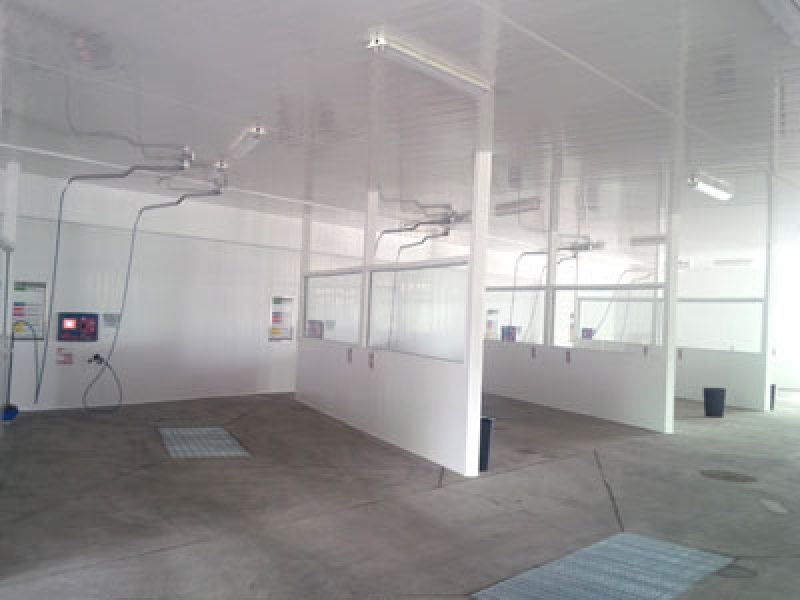 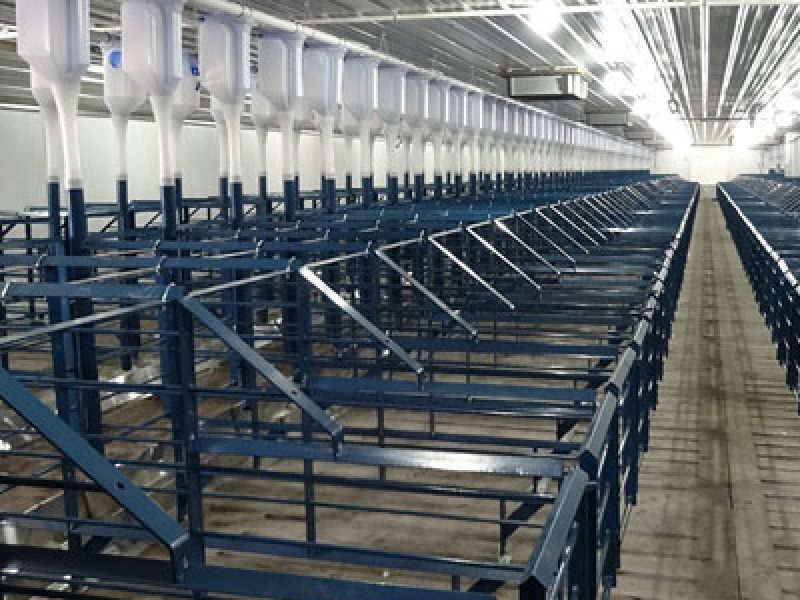 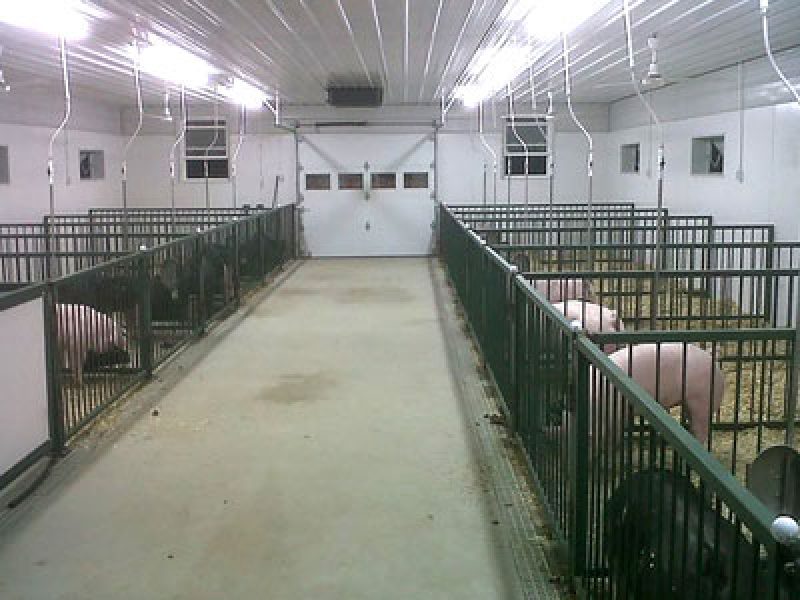 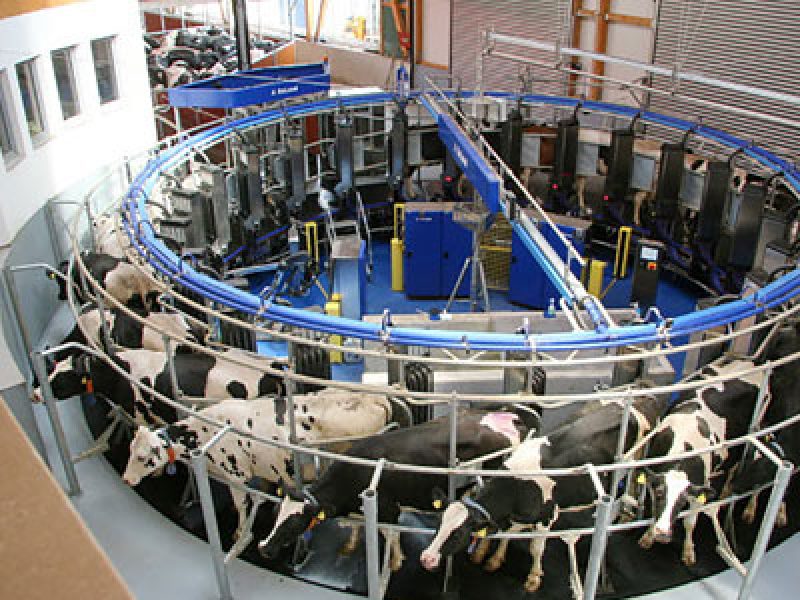 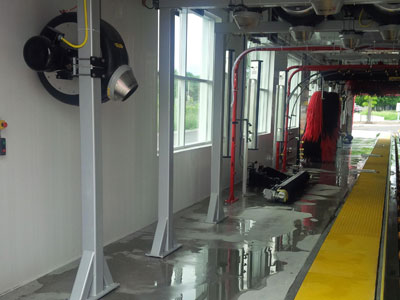 Are you building or renovating your dairy farm? If you are, you want to invest in the most durable materials to keep your animals and... 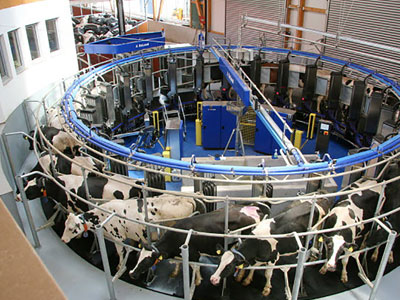 Why Contractors Should Use Vinyl Wall Panels for Dairy Farms Construction

In the past, animal farms were based into a temporary structure located in the middle of open, spacious fields. The structure used by business owners,...

I was surprised how easy it was to train my guys on how to install. After the first few panels, it was smooth sailing from there