Not all wall materials are non-porous and waterproof. Such situations make the riding stables unhygienic and unclean. Our washable wall panels can withstand such lethal conditions.

Horses can get restless and leave a big mess around the stalls. Choosing a right material can make cleaning and maintenance a lot easier. Duramax PVC Panels not only absorb damage, but has a poreless surface to prevent growth of bacteria.

Get FDA-compliant wall panels for the riding stables

Shop for water-resistant wall panels and save 40% on material and 50% on labor expenditure. The high-quality vinyl panel obtainable factory-direct prices are shipped within 2 weeks. Don’t get the FRP panels if you can purchase vinyl wallboard. The PVC panels are a one-time investment but might be slightly higher priced yet worth every penny. The traditional FRP panels might look like a cheaper alternative, but in the long run, the repairs, replacements, and maintenance will make the expenses shoot up higher.

During a recent round of storms that had moved through the area where Danny’s riding stables were located, the building housing most of the horses had incurred some extensive damage. As Danny already needed to make repairs, he decided to do some much-needed upgrades while he was at it.

Knowing that he didn't want the walls where the horses were stabled repaired with the same material that they had contained before, Danny began his search for a better choice when it came to keeping the areas cleaner and more sanitary. He turned to the internet and the search engine Google to aid him in his task.

It was during one of his googling sessions that Danny was brought to Duramax vinyl panels. Intrigued by the product, Danny looked a little more in-depth into what the company offered and how it might work to his benefit. To say that Danny was impressed would be an understatement.

Duramax vinyl panels were be suited for those areas that see a lot of moisture. As the product was constructed of top-grade superior quality Polyvinyl Chloride (PVC), they were simple to maintain and keep clean and sanitary. Just what Danny was looking for to line the horse stalls in his stables.

The panels, constructed of ½ inch thick material, were constructed with interlocking edges that fit snugly together when installed. Installation was also easy and cost-effective, as no pre-prepping or special construction was necessary to install the panels. They only needed to be attached to the existing studs of the substructure. With the Duramax vinyl panels being constructed to make them impervious to moisture, bacteria, mold, and mildew, Danny felt they would be the perfect choice for the walls in the newly renovated horse stalls. With the ease of maintenance requiring that, in most cases, hosing down the walls was all that was needed would allow more frequent and efficient cleaning as well.

Perhaps one of the other determining factors for Danny was that the panels were constructed to be reliable, trustworthy, and long-lasting. When he looked at the numbers, he realized that he would be saving money over time, as the panels would not need to be replaced as quickly as those of other competitors on the market. Danny felt that going with Duramax vinyl panels was the only logical choice for his riding stables. He was glad that he took the time to search and compare the products available and feels he has chosen the best option. 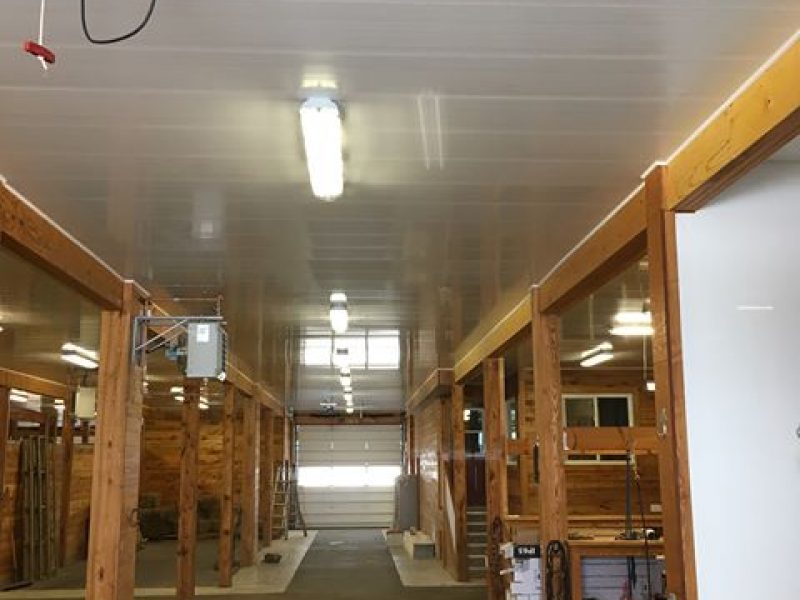 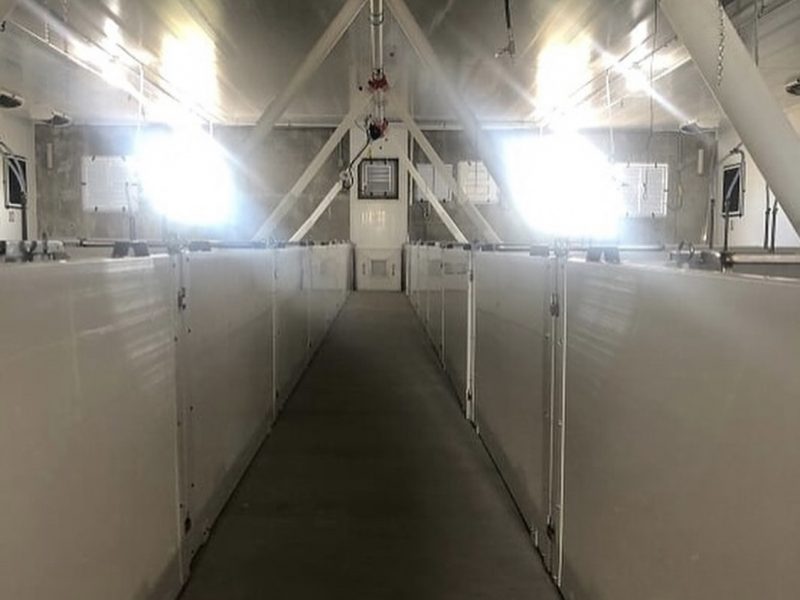 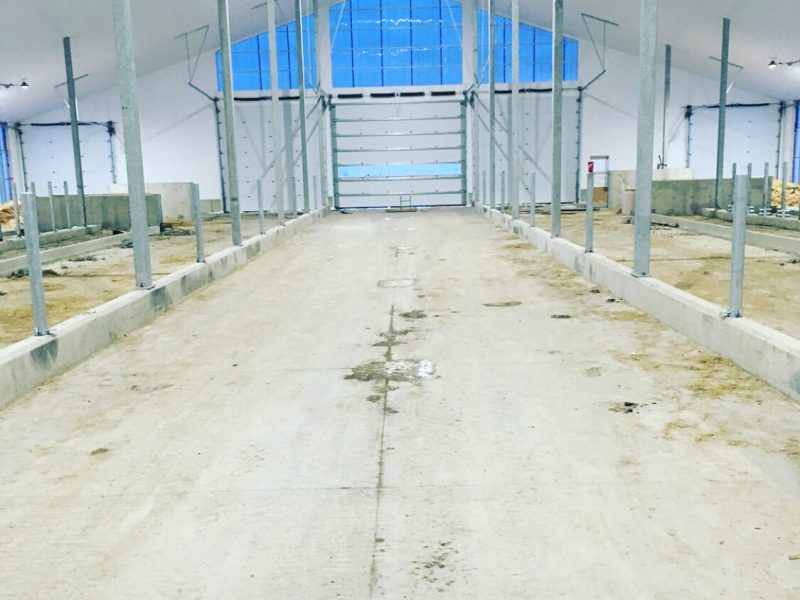 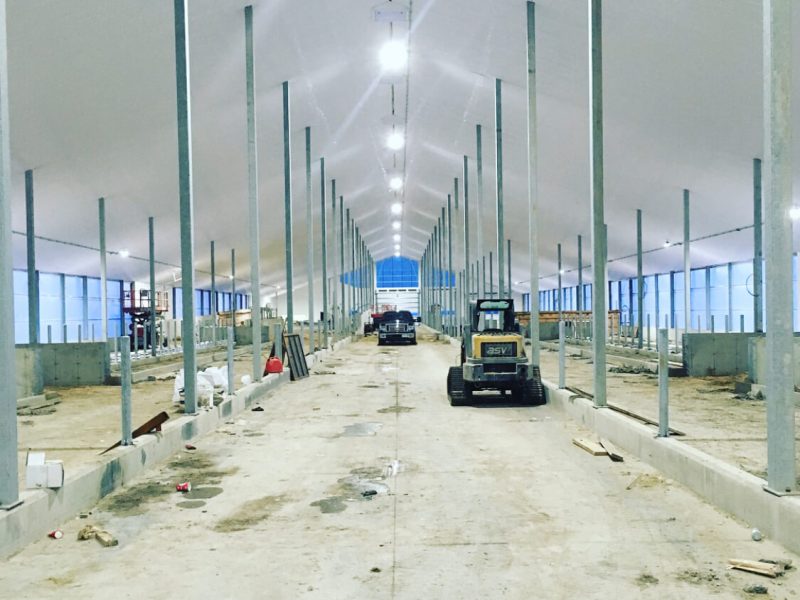 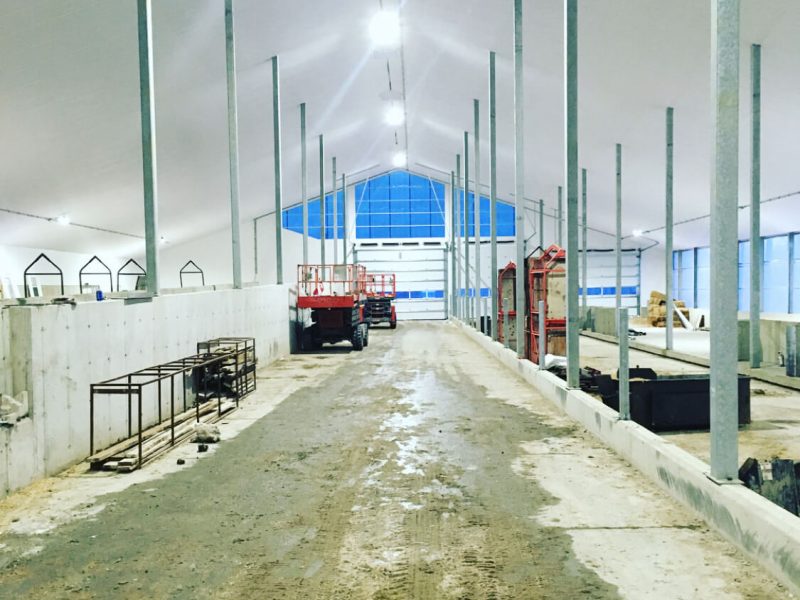 Description: Robert had loved horses all of his life, having grown up around them. When he had the chance to purchase a local riding stable for sale, he jumped at the opportunity. However, he soon found out that the horse stalls needed a significant amount of upgrading to bring them up to the level of hygiene he personally expected.

After researching various types and brands of wall coverings on the market, Robert hit upon Duramax vinyl panels. He did a little more in-depth research on the brand, thinking that the vinyl panels may be just what he was looking for.

He found that Duramax vinyl panels were constructed of superior quality and top-grade Polyvinyl Chloride (PVC), which would work great in helping to maintain clean and sanitary conditions within the horse stalls. He found that the panels had a smooth surface, which made them impervious to moisture and any buildup of bacteria, mold, or mildew. They are easy to clean, with simple spraying down with a hose in most cases. Constructed with tongue-in-groove edges that fit snugly together, there are no crevices for problems to hide and thrive. He also found that they were resistant to chemicals and corrosion.

When considering how to install the panels, Robert was impressed with how easy the process was. With their ½ inch thick construction and their interlocking sides, the panels proved to be not only smooth and durable but also seamless.

Lightweight and versatile, the panels are quick and easy to install—with most installations being easily completed by a single person over the course of a few days. There was no need for any form of pre-construction as the panels can be screwed and attached to the existing studs of the chosen substructure.

Duramax takes great pride in their product, and their panels are manufacture to go the distance—long-lasting and able to take on any type of challenge thrown their way. Although there seemed to be some expense upfront going the route of the vinyl panels, Robert crunched the numbers. He soon realized that he would be saving a considerable amount of money and maintenance costs over time.

Robert decided he liked what he saw and decided to contact his local Duramax vinyl panel distributor. The agent answered all of his questions and made the whole process easy and worry-free. When all was said the done, Robert was happy he chose Duramax vinyl panels over the other choices on the market. He feels he found a product that would be reliable, trustworthy, and cost-effective. 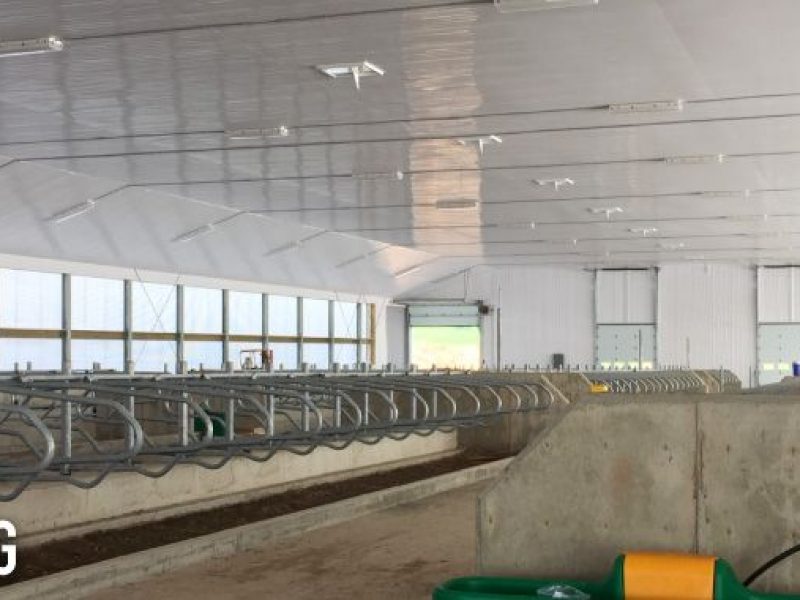 Amazing panels. Highly recommended. They can really transform a room.

Surprisingly lightweight and durable. These panels survived a lot of bumps from our carts.